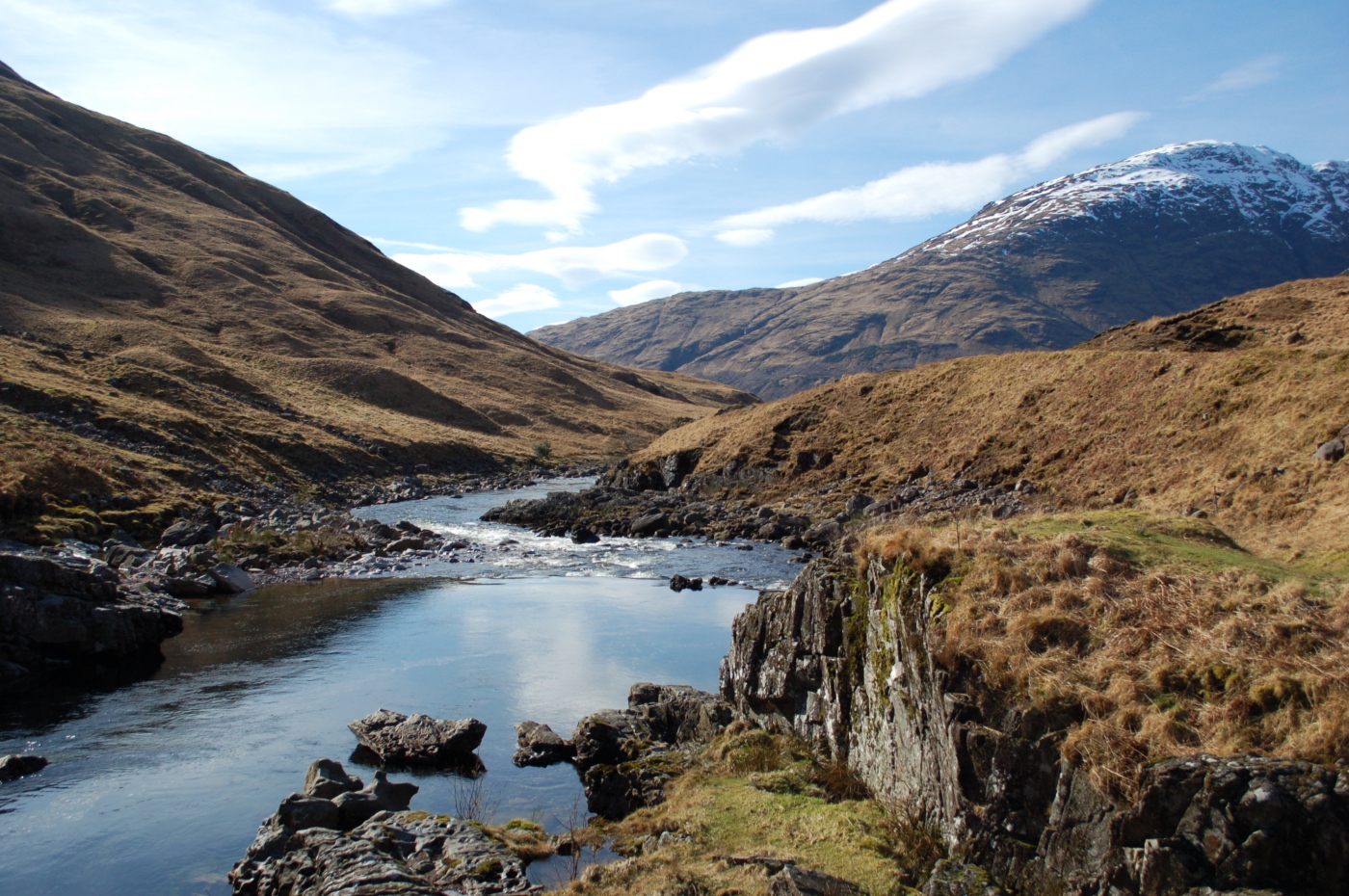 We arrived at Scotland at last! After a fabulous couple of days at the Yorkshire Dales we continued up north to Scotland. By lunch time we arrived at Stirling, the capital of Scotland in the old days. Today it is better known as the Gateway to the Highlands due to its geographical location between the Scottish Lowlands and Highlands.
我們終於到了蘇格蘭！在約克郡谷地渡過很愉快幾天後，我們繼續北上到蘇格蘭。中午時候，我們到達史持靈。它位於蘇格蘭低地和高地之間，地理的位置極有優勢，所以是蘇格蘭古時的首都。現今它是進入蘇格蘭高地路上的主要城市。 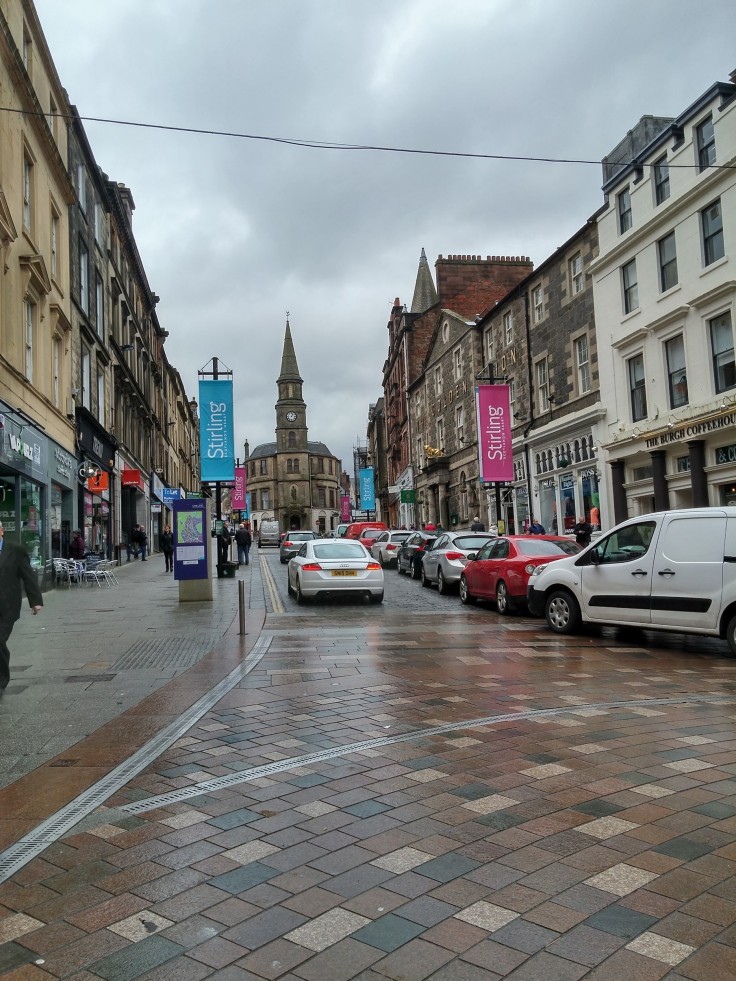 In typical British weather, it’s bound to rain at some stage, that afternoon was the day. Not wanting to spend a wet afternoon inside a coffee shop with many Saturday shoppers, we decided to drive to Luss which was about an hour’s drive away. Luss is a little village at Loch Lomond and is very popular excursion for cruises that stop at Glasgow. It claims to be Scotland’s loveliest village, however in my opinion I think that’s bit of a cliché, probably used to attract tourists more than anything else.

The best thing about driving around in Scotland at this time of the year was that there wasn’t much traffic on the small roads, so we took our time given that was what we had plenty of now. We passed by lots of beautiful lochs and couldn’t resist to stop and take photos all the time. 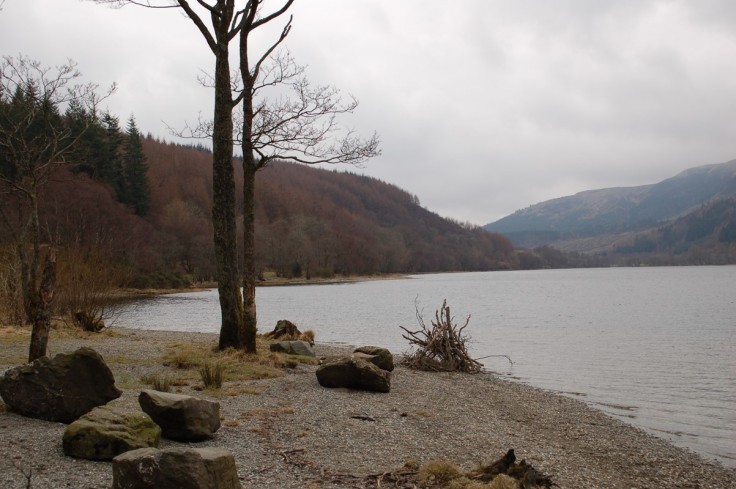 Our lunch destination the next day was at Oban, a little harbour town with a great reputation for seafood. Seafood is one of our favourite food so we actually detoured to Oban for it. I’m glad we did and it was well worth it as the seafood platter we ordered was absolutely scrummy! Somehow, eating seafood outside a shack by the sea using your fingers always seems to taste a lot better than sitting down in a fancy restaurant and being civilised with a knife and fork.

Good morning! This is the view from our Glencoe hotel bedroom the next morning. Not wanting to waste the lovely day, we headed off immediately after breakfast for our first short walk in Scotland. Glencoe Lochan was created by its Canadian owner back in the 19th century for his wife who became homesick when she arrived in Scotland. Although it started off as an artificial landscape, over the years it and nature has blended together to create this tranquil setting. Like a lot of first time tourists I’ve only been to Vancouver and Toronto in Canada, and never to the countryside or mountain areas, so I don’t really know Canada that well. However, this is pretty much my tourist impression of Canada. I wonder if I would feel the same in summer without the snowy top mountains? 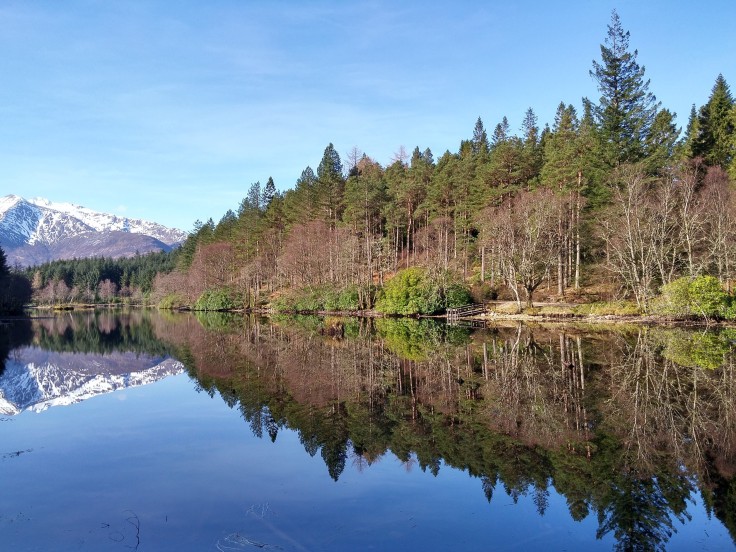 The piece de resistance of Glencoe was our drive down Glen Etive in the afternoon. This area was made even more famous by the James Bond blockbuster Skyfall in 2012, and for those who have seen the movie, is the last scene when James Bond stands with M by their car on the side of the road. The drive, also known as the road to nowhere, from the main A82 road through Glen Etive to the head of Loch Etive is around 20km. A few moments after we turned in from the A82 it was like we had entered into another world. We kept on driving along the single track road weaving between the valley, in awe of the scenery we saw at every turn. We passed some wild red deer who totally ignored us, till we eventually arrived to the end, an old disused pier. The entire journey was so surreal and peaceful, and we saw only a few other cars whilst we were there. In the end, we literally had to drag ourselves back to reality otherwise we would have stayed there forever. If anyone plans to visit Scotland in future, I would highly recommend this scenic route but try to avoid the peak season if you can. 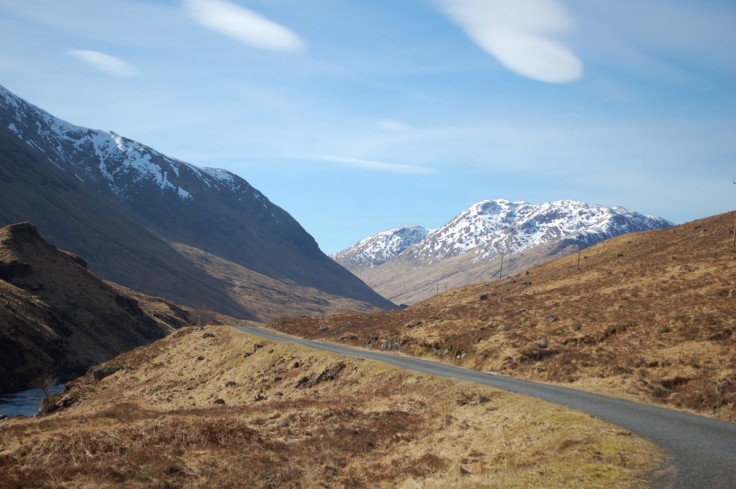 To date, the Glen Etive drive is still my favourite part of the entire road trip. It’s a long way from all my homes, and if I ever got to Scotland again, which I’m sure I will, I will definitely go back again. 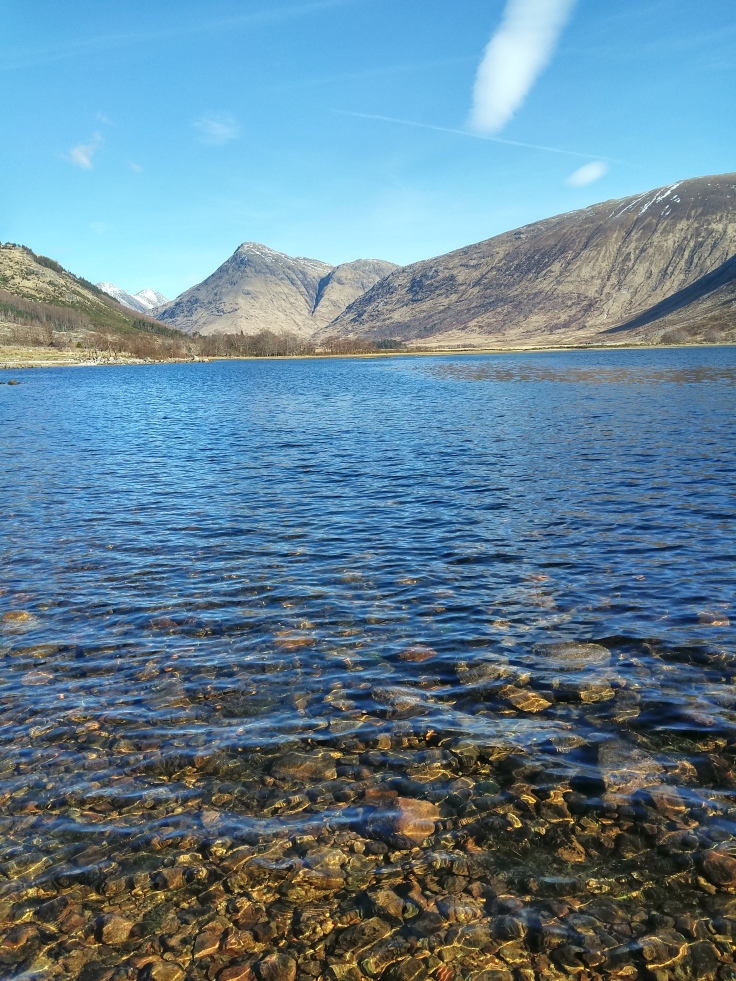